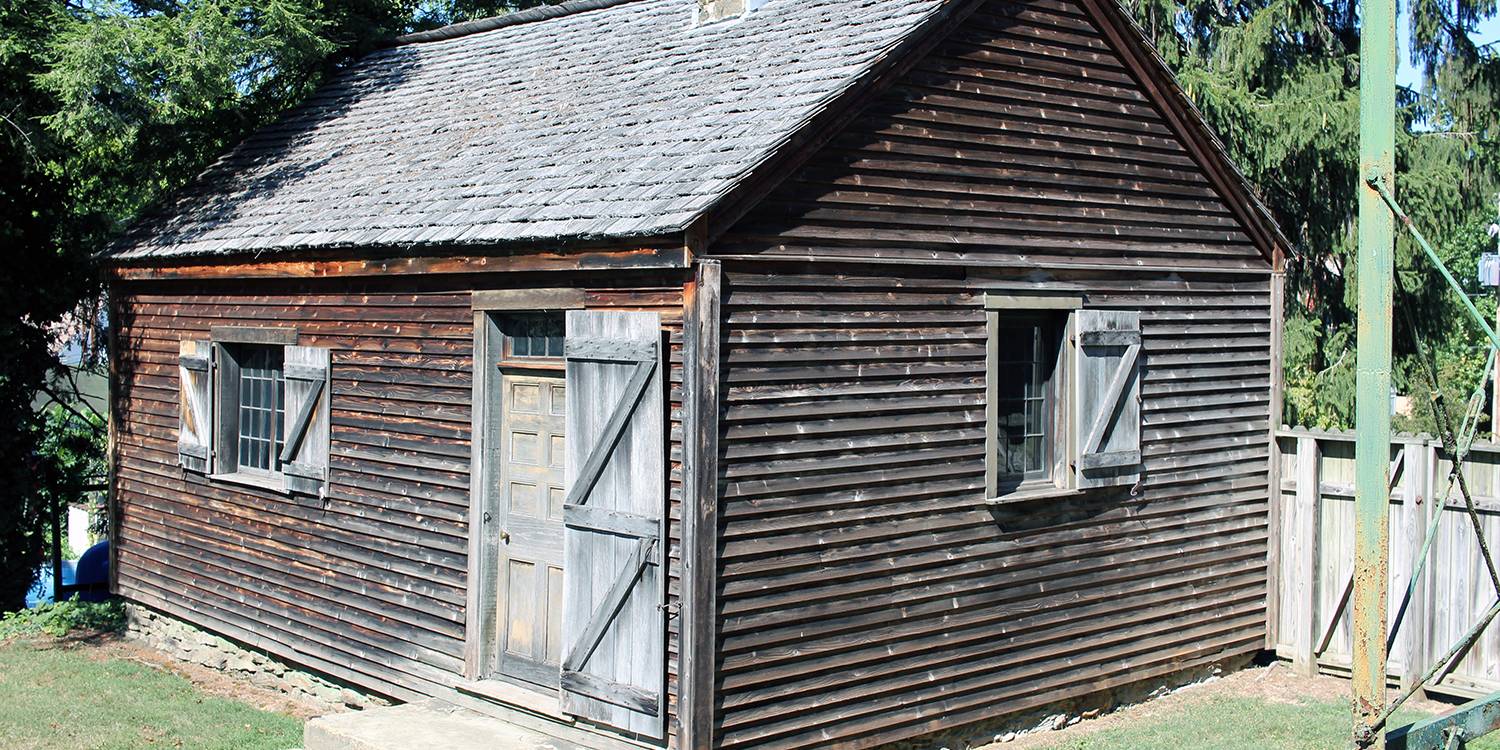 “No colony in America was ever settled under such favorable auspices as that which has just commenced at the Muskingum. If I was a young man, just preparing to begin the world, or if advanced in life and had a family to make provision for, I know of no country where I should rather fix my habitation.”

Friends of the Museums Mission

The Friends of the Museums operate the Campus Martius Museum & Ohio River Museum on behalf of the Ohio History Connection.

The mission of the Friends of the Museums, Inc. is to promote and preserve the history of our region, the Northwest Territory and of our inland waterways.

The city of Marietta, located at the confluence of the Ohio and Muskingum Rivers, is the first permanent organized settlement in the Northwest Territory. After much deliberation, its name was chosen in honor of Marie Antoinette for France’s support of the colonies during the Revolutionary War.

CAMPUS MARTIUS MUSEUM: The Museum of the NW Territory 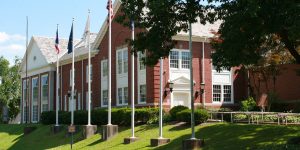 Campus Martius Museum (erected in 1928) is located at the corner of Washington and Second Streets in Marietta, Ohio.

Campus Martius Museum was built on the site of the original stockade, that was built by the Ohio Company between 1788 and 1791. The name, Campus Martius, chosen by the Ohio Company, comes from Latin for Field of Mars, the military camp where the legions of ancient Rome once trained. Known by the early settlers as the stockade or Campus Martius, the original fortification was built to house and protect the members of the Ohio Company during the Ohio Indian Wars of 1790 to 1794. By 1795, after the signing of the Treaty of Greeneville, the stockade was no longer necessary. Buildings were then dismantled, the wood planks used in the construction of some of the homes located throughout Marietta. 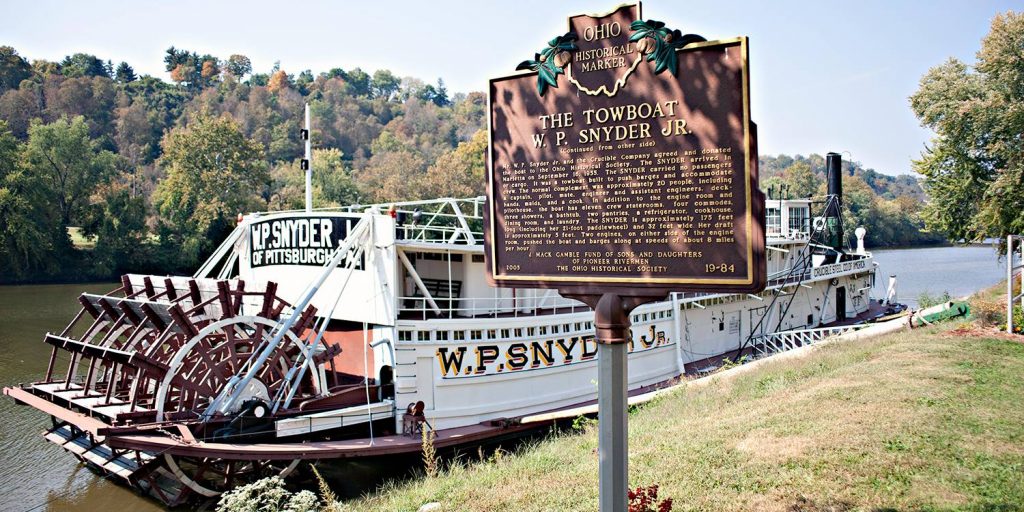 In 1939, the concept of having an Ohio River Museum for the purpose of preserving the history of the inland rivers was proposed by a group of rivermen and historians called The Sons and Daughters of Pioneer Rivermen. On March 16th, 1941, The Ohio Historical Society, (currently the Ohio History Connection), seeing value in their vision, offered them exhibit space in the unfinished basement of the Campus Martius Museum. The group quickly filled this space with photographs, models and historical items from river days long past. The dedication was attended by the who’s who of river notables and was followed by a dinner at the Lafayette Hotel. The collection grew rapidly, including the addition of a 179-foot sternwheel towboat, the W.P. Snyder, Jr. The Snyder was built in 1918.

The expansion of the Campus Martius Museum in 1957 allowed for the expansion of the River Museum collection and the addition of new exhibits. With new exhibits added in 1957 came the addition of new lighting and railings built by Bob Thomas to protect many of the objects. The Sons and Daughters of Pioneer Rivermen were able to move to a much larger space adding new displays and additional room to educate large school groups.

As the enthusiasm for the displays continued, The Ohio Historical Society along with the Sons and Daughters of Pioneer Rivermen saw the need for a separate Ohio River Museum. In the early 1970’s, planning was begun resulting in a separate new facility, The Ohio River Museum. Construction started on The Ohio River Museum circa 1971 and the museum opened in 1973. The museum was built on the banks of the Muskingum River and in close proximity to the steamboat, W.P. Snyder, Jr. Over the years the exhibits continued to grow including a full scale flatboat, the Tell City Pilot House, and the Schoonover shanty boat. The Sons and Daughters of Pioneer Rivermen, the Ohio History Connection, and The Friends of the Museums look forward to future expansion and additions.

Friends of the Museums Staff

Friends of the Museums Board of Trustees