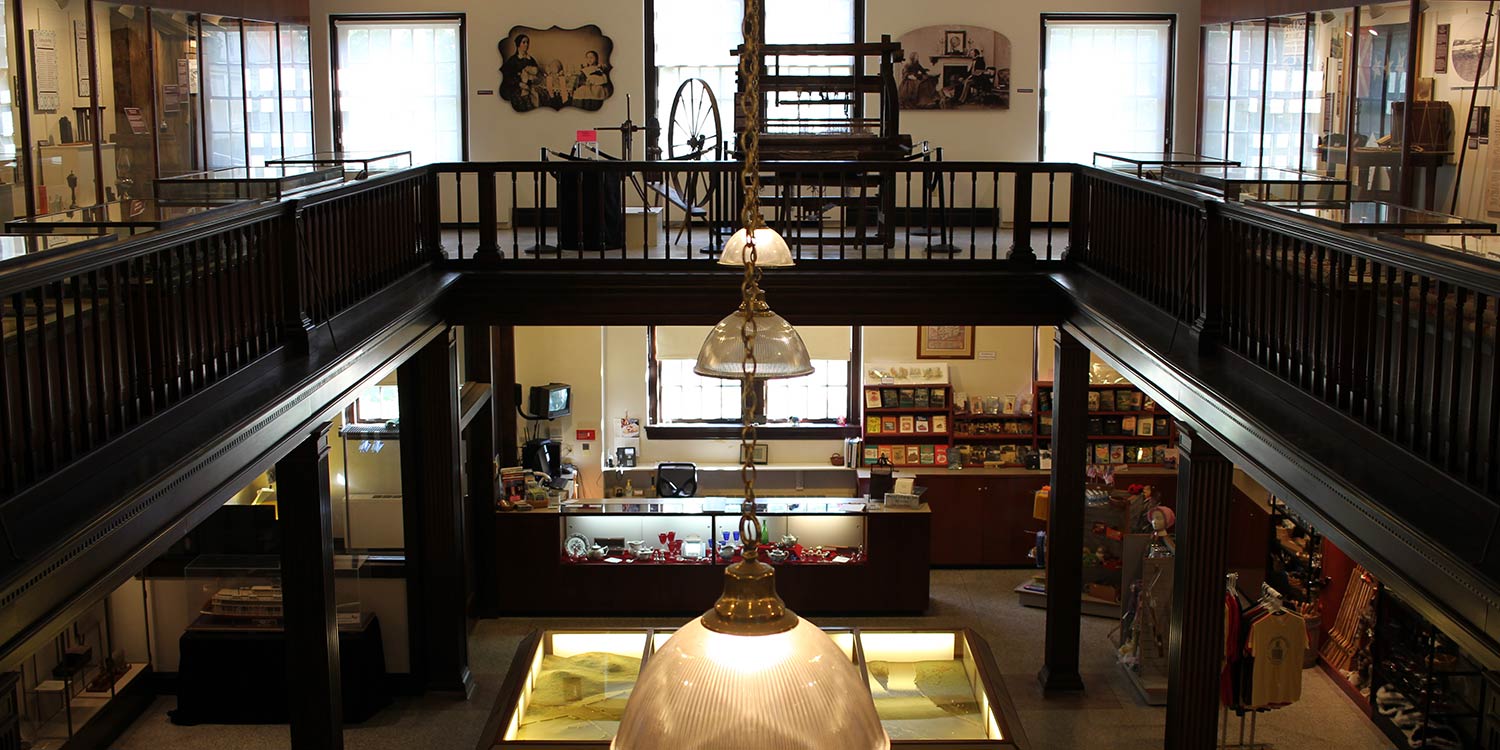 Campus Martius Museum was built on the site of the original stockade, built by the Ohio Company between 1788 and 1791. The name, Campus Martius, chosen by the Ohio Company, comes from Latin for Field of Mars, the military camp where the legions of ancient Rome once trained. Known by the early settlers as the stockade or Campus Martius, the original fortification was built to house and protect the members of the Ohio Company during the Ohio Indian Wars of 1790 to 1794. By 1795, after the signing of the Treaty of Greeneville, the stockade was no longer necessary. Buildings were then dismantled, the wood planks used in the construction of some of the homes located throughout Marietta.

Free parking is available at the rear of the museum and on-street. Campus Martius Museum’s three floors of exhibits are wheelchair accessible, excluding the second floor of the Rufus Putnam House. No visit to Campus Martius is complete without a visit to the nearby Ohio River Museum.

We are a Blue Star Museums Participant!

Blue Star Museums is a collaboration among the National Endowment for the Arts, Blue Star Families, the Department of Defense, and museums across America.  Each summer since 2010, Blue Star Museums have offered free admission to the nation’s active-duty military personnel and their families, including National Guard and Reserve, from Armed Forces Day through Labor Day.

Campus Martius Museum is located at 601 2nd Street, Marietta, Ohio, on State Route 7, minutes from I-77. The museum is just one block away from the Ohio River Museum. Plan on touring both during your visit!

Use the interactive map below for specific driving directions.