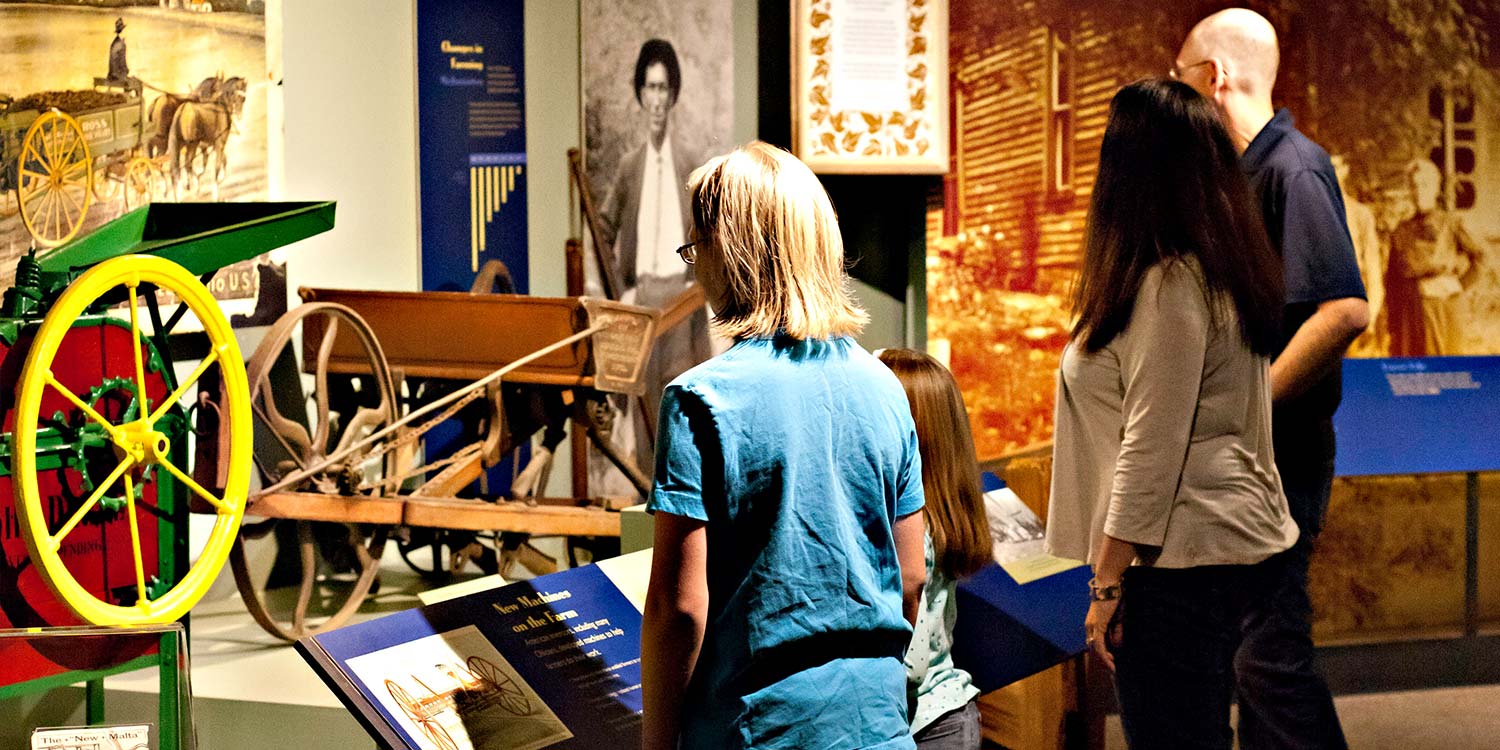 Paradise Found and Lost: Migration in the Ohio Valley, 1850-1970 goes beyond Ohio’s early settlement. It explores two later waves of migration that shaped the state’s history: the movement of many rural Ohioans to cities between 1850 and 1910, and the influx of Appalachians from Kentucky and West Virginia into Ohio’s industrial centers such as Dayton and Akron between 1910 and 1970.

The exhibit includes 90 objects from Ohio History Connection collections, ranging from an early mechanized seed drill to a jacket worn during performances by contemporary country music singer Dwight Yoakam, the son of Appalachian emigrants. In addition to artifacts, exhibits contain audio accounts taken from diaries and journals kept by these people on the move, video views of factory and city life, and interactive computer programs showing migration patterns and Ohio’s economic development.